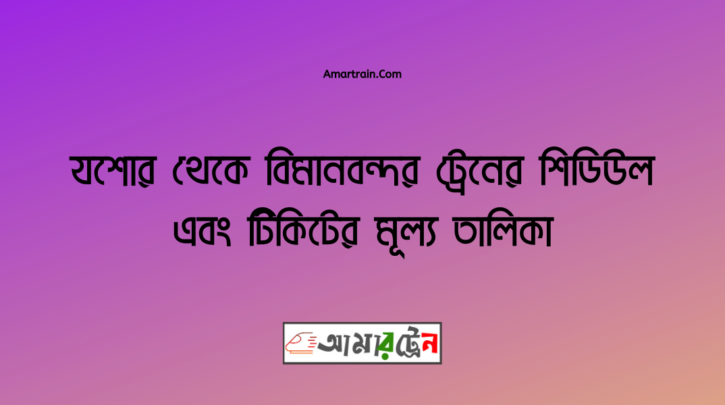 Jessore to the Biman Bandar route a total of three intercity trains runs with several departing time. The trains are Sundarban Express (725), Chitra Express (763) and Benapole Express (795). Have a look at the below chart.

The ticket prices of a train are cheaper than the other vehicles. If you compare the ticket price with the bus, the train is cheap. From the below chart you able to know the ticket price of Jessore to the Biman Bandar route train. Let’s check it out.

All the above information is based on the Bangladesh Railway. The train schedule can be changed at any time. To know the updated information keep an eye Amar Train. Thanks for visiting our site.