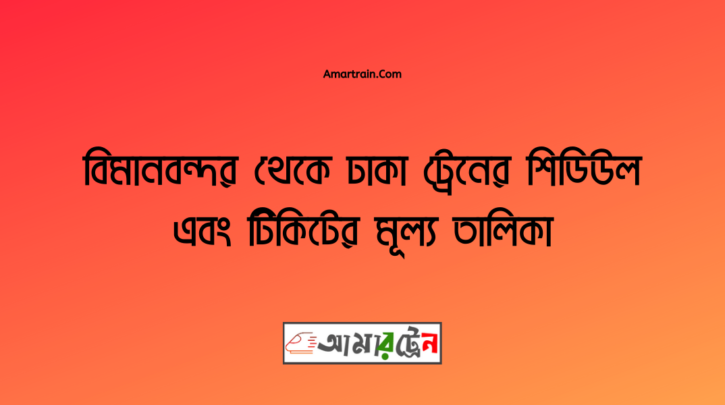 Biman Bandar to Dhaka route has also a lot of Mail/Express trains. Most of the Mail trains have no off-day. you also travel to Dhaka by a Mail train. The train’s name and schedules are given below in the form of a chart. See it quickly.

I hope after reading the full article you get full idea about the Biman Bandar to Dhaka route. If you found any mistake or the information that we have not added, please let us know by comment.